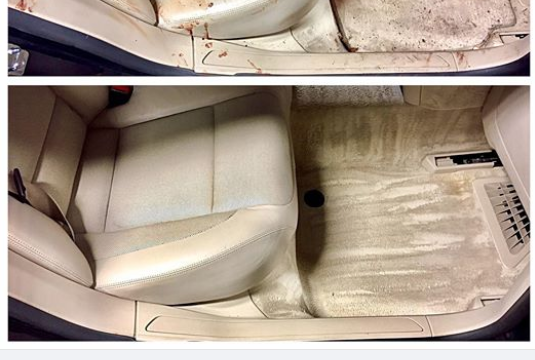 It’s one of the most common pieces of writing advice: Show, don’t tell.

And that’s because it’s true. It works. Especially in marketing where the onus is on you to prove that your product or service is worth the money.

If you market something tangible, you want to use demonstration as much as possible.

After all, I could yammer on for days about how clean I can make your car…

Or instead I can use a picture:

Before & After pictures are very powerful. Use them whenever you can.

The problem is, it gets a bit trickier when you’re selling something more intangible. Like a course or a coaching program.

What picture would communicate, “Sarah was down in the dumps, and now she’s living her best life!”

I’ve found one of the best things to do in this situation is use a Before & After Testimonial.

Here’s what I mean:

Most testimonials are vague statements of praise like “Joe is the best ever!” Which only shows the after.

Instead, you want to show the before AND after.

Use narrative style testimonials that speak to the customer’s journey.

Start with the pain, problem or frustration they had (the before).

And then takes us on their journey from feeling the pain to finally getting rid of that problem (the after).

Sure, it’s not as “quick” as the before/after photo. But when done right, it’s powerful.

Because the reader is able to experience the before & after.

And the result is the same: “I want that too.”